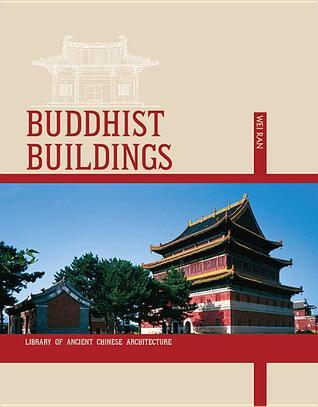 Using this history as a foundation, Buddhist Buildings explores the architecture associated with Buddhism, most notably the monastery and the pagoda. Supplemented by gorgeous photographs, illustrations, and interior plans, the author crafts a journey exploring the most notable Buddhist architecture of ancient China.This volume gives great insight into how Chinese Buddhist buildings developed historically, and how a unique Chinese culture came into being. The structural evolution of the monastery, the transformation and evolution of the pagoda, the building of stone cave monasteries, and the development of lamaseries (Tibetan Buddhist monasteries) are all detailed, giving the reader an all-encompassing vision of the architecture of Buddhism.

The natural settings of many monasteries are emphasized, as many were located far from urban sites, in lush valleys, or on the slopes and peaks of mountains.In 146 color photographs, 50 illustrations and figures, 2 charts, and 2 maps, Buddhist Buildings shows breathtaking monasteries and temples, schematics of monastery layouts, and design illustrations of pagodas. These visual elements offer the reader a thorough presentation of Chinese Buddhist architecture and supplement the authors detailed descriptions of the Buddhist buildings.

Comments
Comments for "Buddhist Buildings: The Architecture of Monasteries, Pagodas, and Stone Caves":